Robins are known to be one the the most friendly birds, trusting and intuitive when searching for food and quite often looking over your shoulder when tending to the garden. Robins are one of the first birds to start the dawn chorus and one of the last to stop singing at night.
Most British robins are sedentary, defending their territories year-round, with many females also establishing their own winter territories.
However, a handful head south to winter on the Continent, joining other robins passing through in the autumn on their way from Scandinavia and northern continental Europe. Interestingly, it has been shown that many migrating robins are faithful to both their summer and winter territories, which may be many hundreds of miles apart.
Robins are prolific breeders, often producing between three and five broods a year, each containing four or five eggs. If the weather is mild, they can breed as early as January, though it is more usual for them to start in March. Broods can overlap with the male Robin feeding the chicks of one clutch while the female Robin sits on the eggs of the next. This enables the population to bounce back readily from any overwinter population losses. 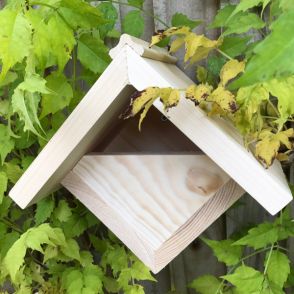 This Pine robin nest box is perfect for positioning in a hedge, on a post, house wall or fence. Best placed in foliage less than 2 meters off the ground.
SKU: NB-TRB-P 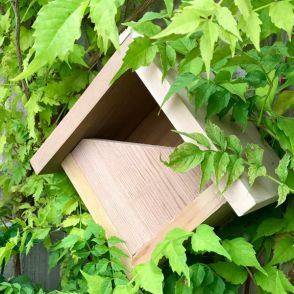 This Cedar robin nest box is perfect for positioning in a hedge, on a post, house wall or fence. Best placed in foliage less than 2 meters off the ground.
SKU: NB-TRB 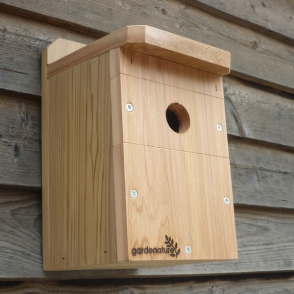 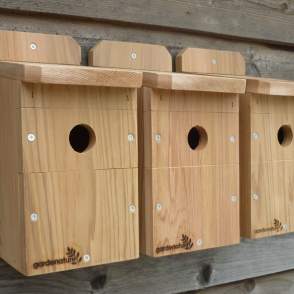 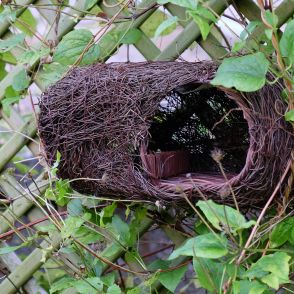 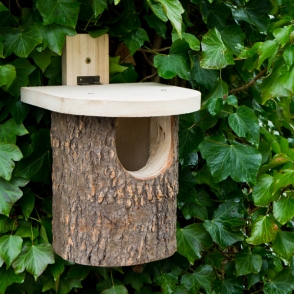 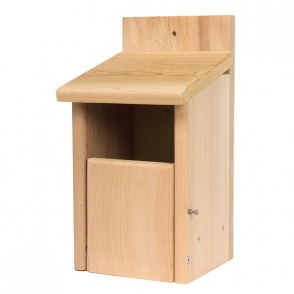 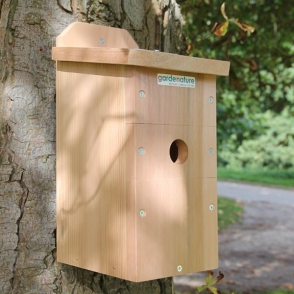 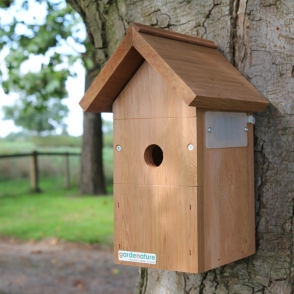 Suitable for use with a colour nest box camera. Features a slide out camera drawer, fitted camera bracket, side windows and cable clip.
SKU: NB-02 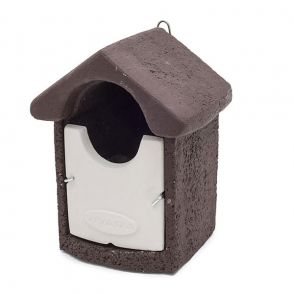 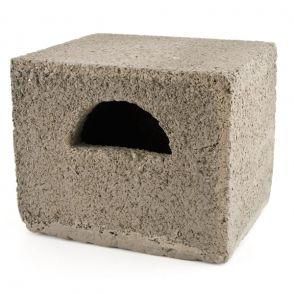 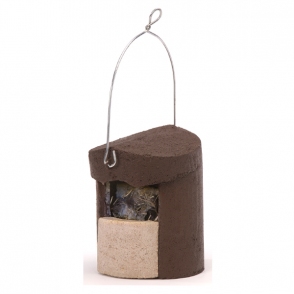 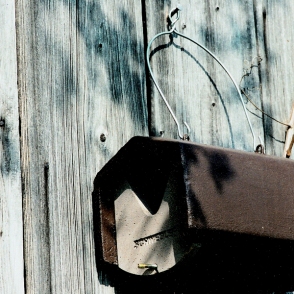 Schwegler Woodcrete. No maintenance nest box with additional nesting area is readily occupied even when hung in dark locations.
SKU: 157/5