The Kestrel is one of the UK's most common birds of prey and can often be seen hovering above verges flapping its wings rapidly whilst homing in on its next victim.
Kestrels don't build their own nests but more often use the nests of other large birds such as crows. They will readily make home of a man made kestrel nest box to lay their eggs, usually around April time. Kestrel pairs hatch about 3 - 6 young which will be ready to fledge the kestrel box by late summer.
Kestrel numbers are declining due to habitat and food supply losses in the farmland areas, but they are becoming less common everywhere. You can help to support kestrels by providing them with a Gardenature kestrel nest box. 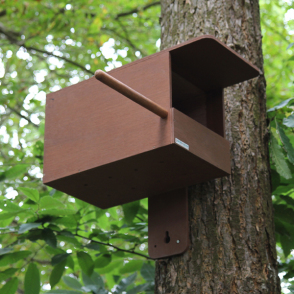 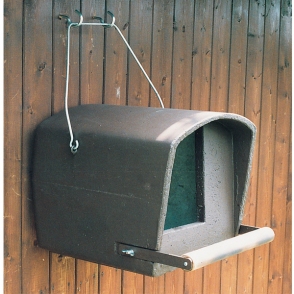 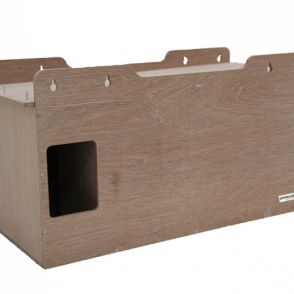 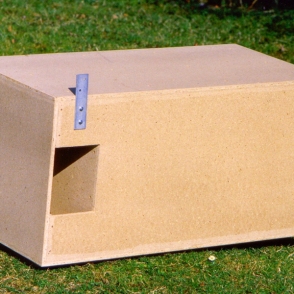 This Owl Box / Kestrel Box proves very popular if installed on the interior wall of places like old barns and church towers.
SKU: 250/1