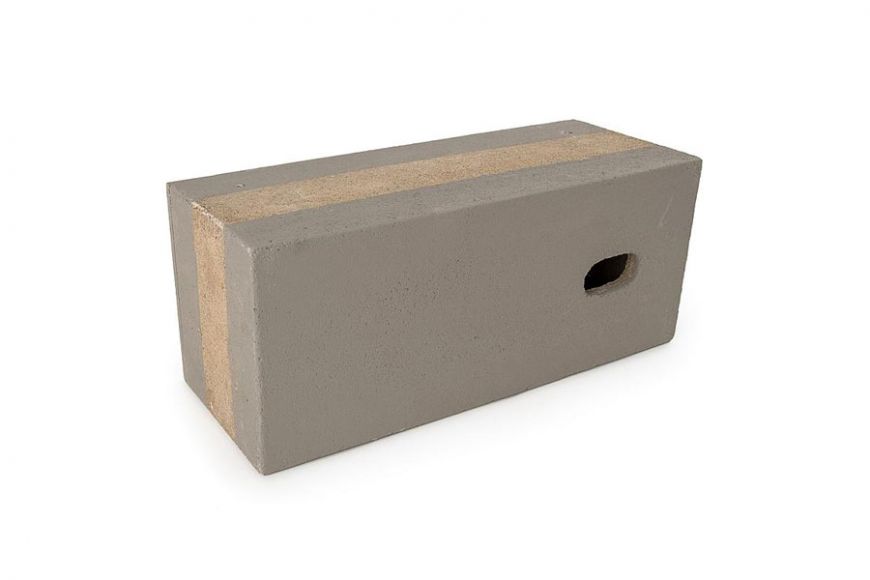 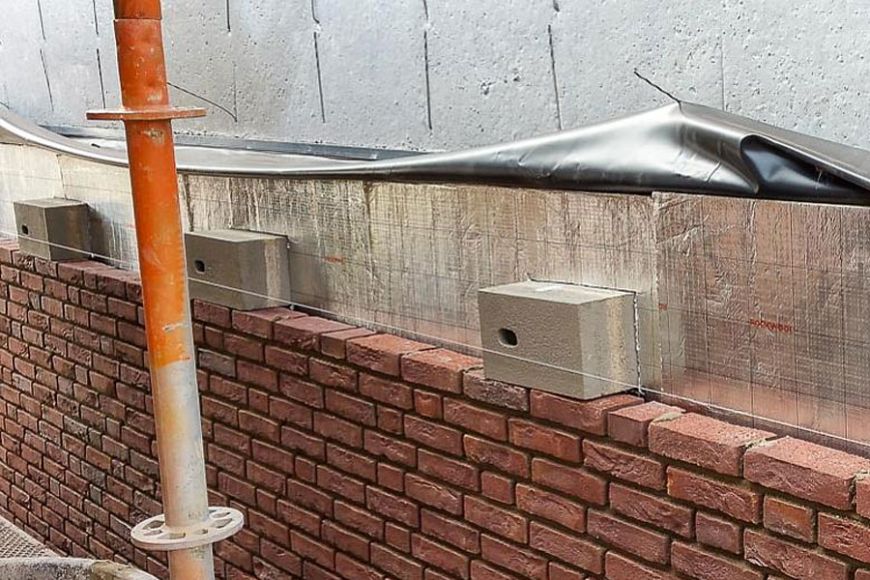 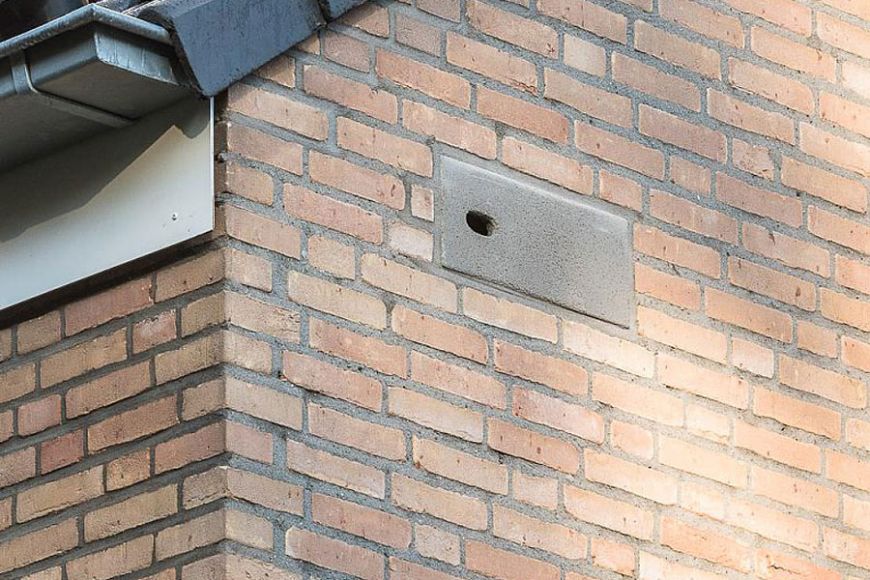 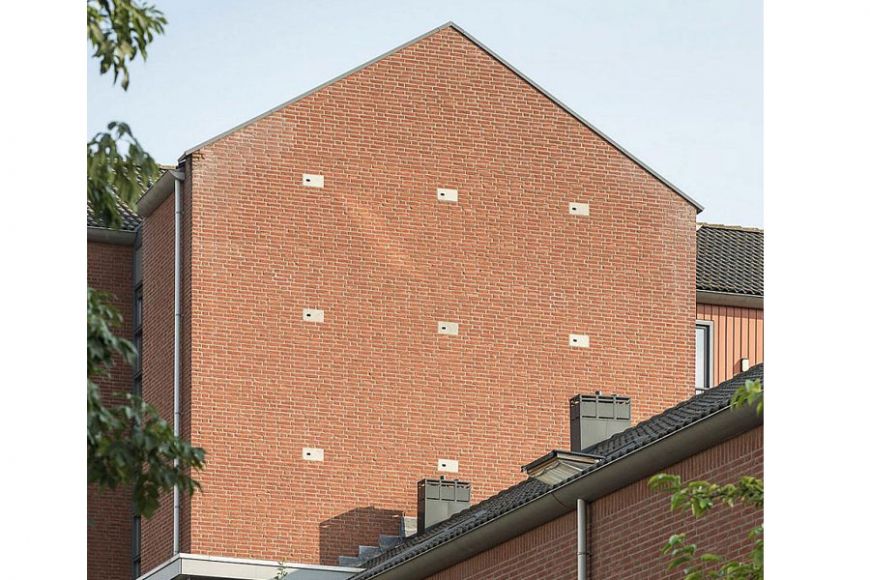 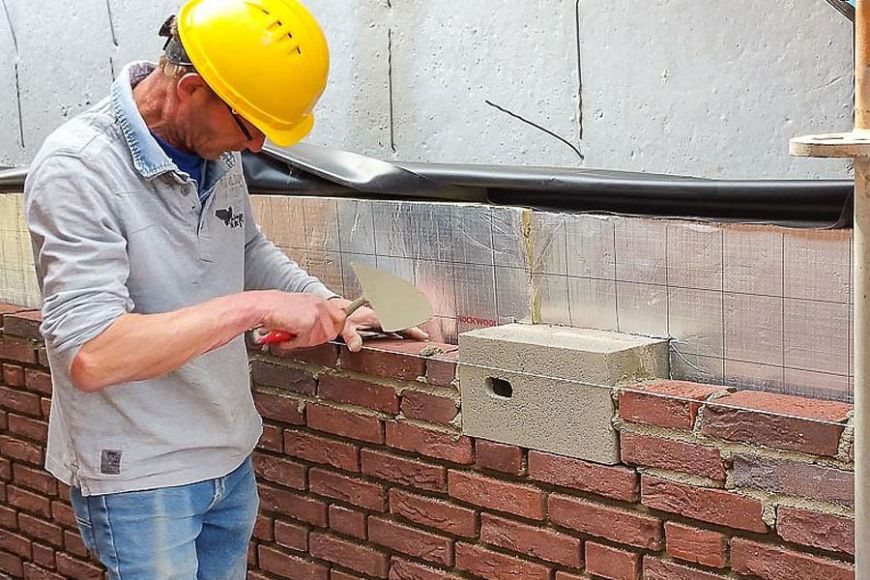 This swift building block can be built into the brickwork or fascia of a wall to provide a permanent nesting area for swifts to return to year after year.

This build-in woodstone swift nest box is designed to be built into a wall forming a permanent swift box in the block or brick structure.

Manufactured from a concrete and wood fibre mix this swift bird box will not rot or deteriorate and carries a 10 year warranty.

Trying to avoid a southerly facing position, fix your swift box at least 5 metres above the ground ensuring there is an unobstructed flight path for birds entering and leaving the box.

The population of these birds has declined since the 1970s and all three species are now on the Amber List of Birds of Conservation Concern. Property maintenance and renovation often denies access to these birds, so providing a specially designed nest box is a practical way of helping the species and may be a condition of planning consent.

Cavity nesting birds are also known to use Swift boxes as nesting sites.

This Swift Nest building block can be used for new construction or renovation. It is designed to be built into a wall, where you have a narrow cavity. The block sits on the front wall,  leaving 55mm approximately hanging into the cavity. Assuming you have a cavity, which is 100mm plus then you still have space for insulation where you have warm space behind.

The insulation in the cavity can simply continue behind the block, so there is no thermal bridge. If insulation has to be cut away, it is important to cut the insulation around the circumference of the block.

This block can be used in a rendered wall as it has a flat Woodstone front wall to render to. Use a former to ensure the entrance hole does not get filled with render or reduced in size.

Preferably install the built in block in the gable end on the north or east side of the building 3 courses down from the top . This gives an ideal height for the block and is an area where there will be little disturbance from humans. Keep the flight path of the nesting box clear so do not allow trees or shrubs to grow in front of the wall. Swifts likes to breed in colonies, therefore it is advisable to build in several building blocks together. The distance between the mounting the blocks must then be at least 40 centimetres. No nesting material needs to be added.

Swifts use very little nest material and do not make dirty marks on the façade.

This swift box can be built into the brickwork or fascia of a wall to provide a permanent nesting area for swifts to return to year after year.
SKU: CJ-90096 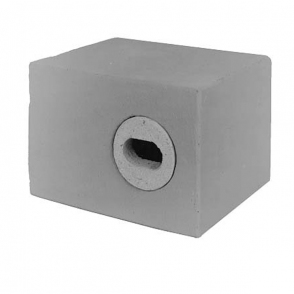 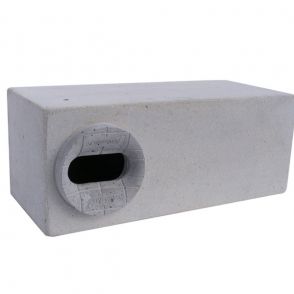 Woodcrete build-in Swift nesting box for installing or rendering into external walls. The 25A has a larger breeding space and reduced depth than the Type 25
SKU: 721/6