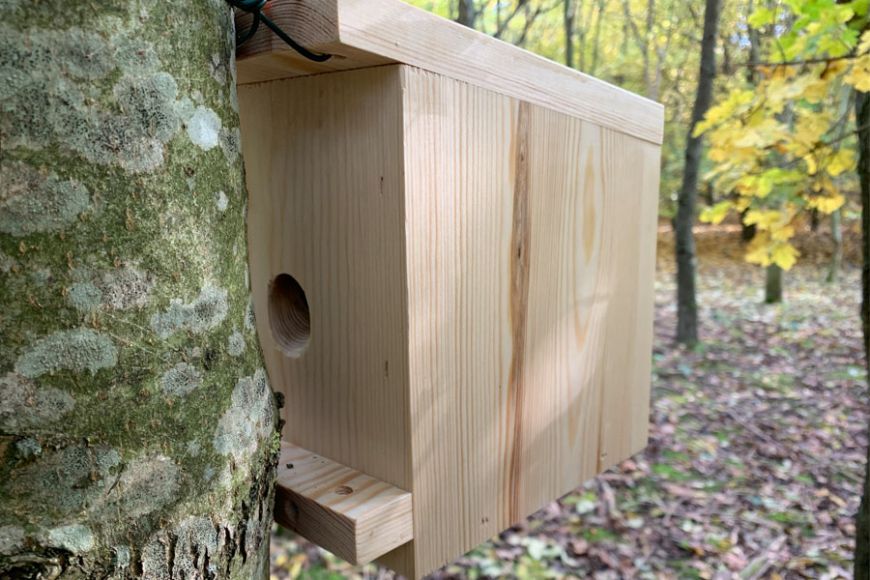 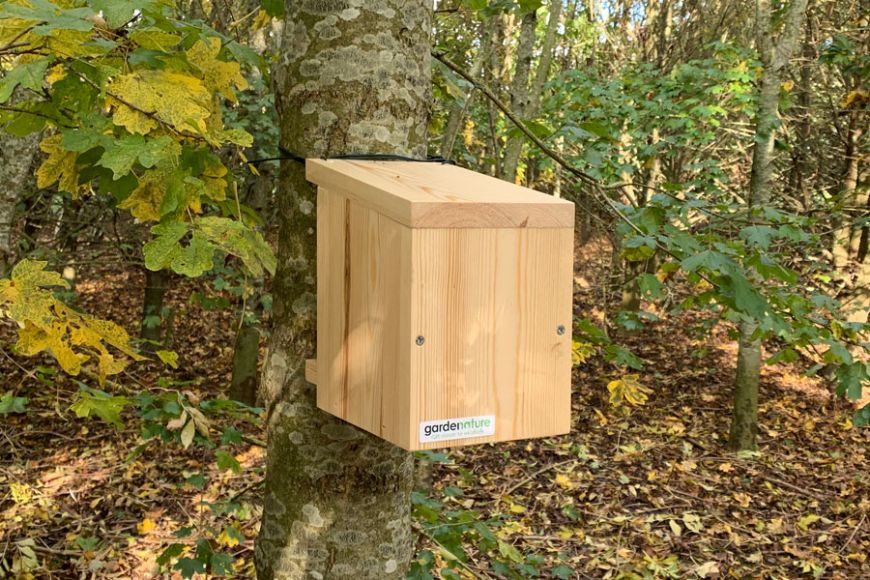 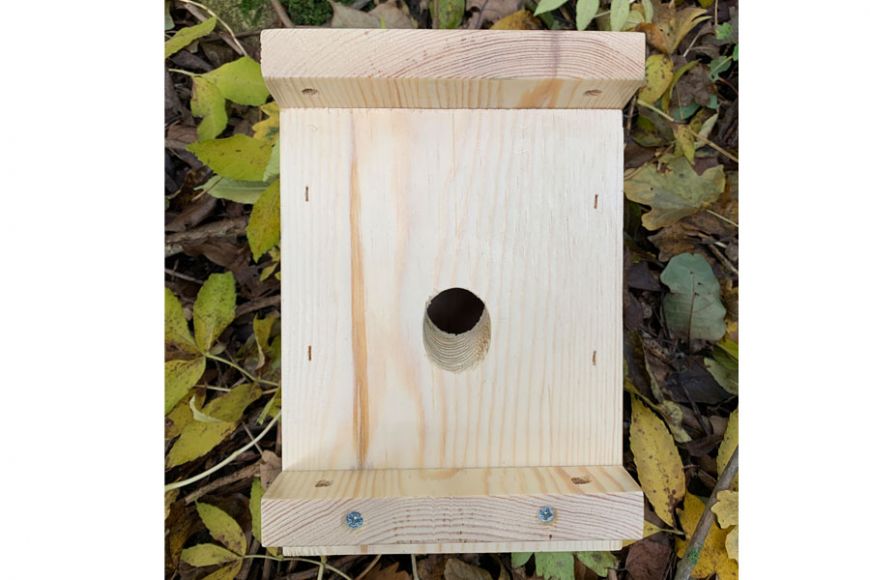 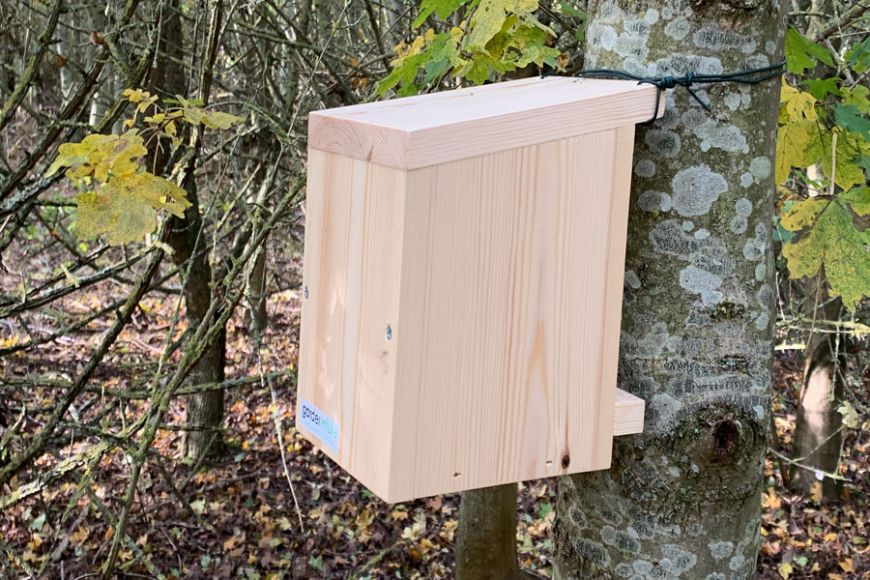 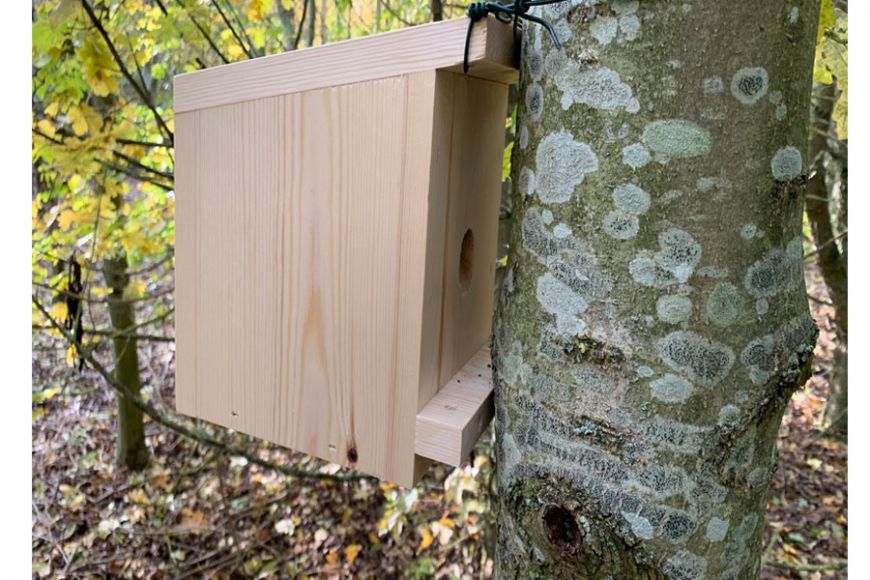 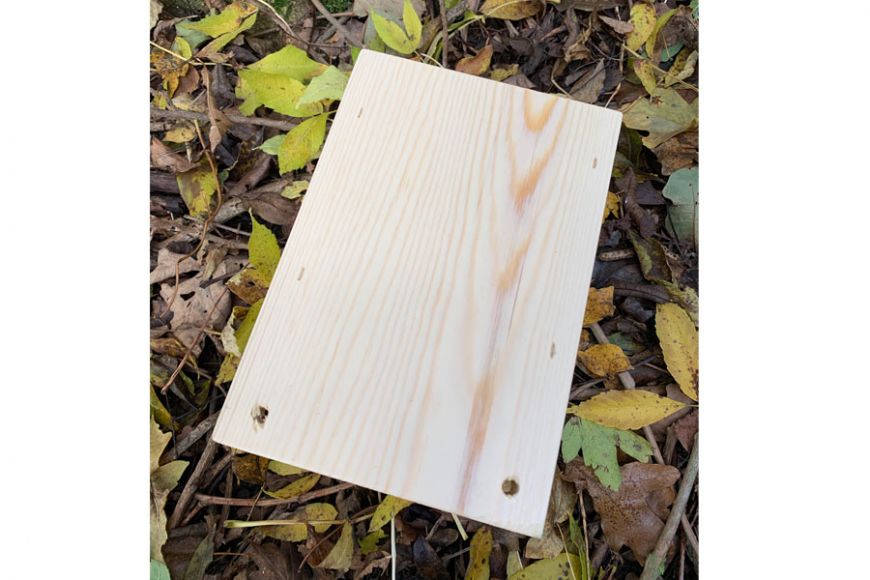 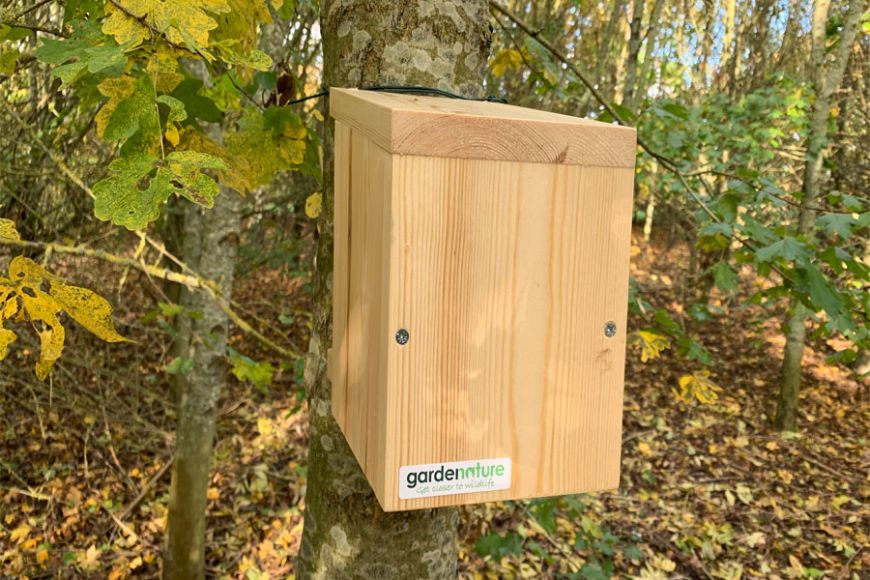 Handmade from solid (FSC) Pine and treated with a water based preservative. Good strong box for use in wooded areas providing the ideal habitat for dormice.

The dormouse nesting box has been handmade in our own workshops using FSC Pine which has been coated with a water based preservative. The box is very sturdy and will last for many years.
The round 28mm entrance hole is positioned at the rear of the dormouse box, this has been drilled at an upwards angle for dormice to easily enter between the tree and the box. There are 4x pre-drilled holes for cable attachment around a tree trunk. The front of the box has 2x screws that will release the panel for cleaning out, should this be required.
This box for dormice has been designed to keep them safe from humans as well as predators. Dormice are particularly sensitive and are a protected species, inspection should only be carried out by licensed handlers. if you would like Dormouse boxes for a project where a ' quick release inspection' panel is required, please contact us and we will be pleased to build to your requirements.

The dormouse is a nocturnal animal that lives mainly in deciduous woodland and scrub, where it feeds among the branches of trees and shrubs. Except for hibernation, it rarely descends to the ground and is reluctant to cross open spaces, perhaps because of the danger posed by owls and other predators. Dormice do not normally travel far from their nest (usually less than 70 m), so the different trees and shrubs necessary to maintain a sequence of foods through the seasons must be present within a small area. This implies that a very mixed habitat is desirable.

Dormice boxes are a particularly attractive substitute for natural tree holes and, where these boxes are provided, a high proportion of the dormouse population may use them. Provision of dormouse nest boxes can increase the local population density, suggesting that the availability of nest holes may be one of the factors that limit dormouse numbers.

Wooden nest boxes, similar to bird boxes, but with the entrance hole facing the tree, are readily used by dormice. Although nest boxes will reveal the presence of dormice, they are often not used immediately. Sometimes they remain empty for several years. Often the first signs will be nests rather than the animals themselves. Dormouse nests are woven with a ‘roof’ (even inside a nest box), and they frequently incorporate green leaves collected from the tree canopy above. These tend to fade to a greyish colour as they dry out, distinctly different from dark brown dead leaves collected from the ground by other species.

Boxes can be put up at any time of year, but ideally should be in place by May to allow use in the summer. In some areas, the first ones may be occupied within a month of being put up, in other places occupation may not occur until the second year.

dormouse season begins about March or April, it is recommended to clean out all nests at the beginning of each summer.

The most convenient height for nest boxes is about 1.5 to 2 m off the ground. Higher boxes may be more secure from vandalism or other interference but are no more likely to be used by dormice. The boxes should be sited in hazel or other shrubs and young trees that are linked to the adjacent understorey. Avoid isolated trees or bushes.

Attach the box to a stout branch, suspended in a loop of wire threaded through the holes that have been pre-drilled top and bottom. Garden wire or galvanised strand will do, but plastic covered single core copper wire is best as it is slightly elastic and easier to manipulate. Avoid having the entrance hole pointing upwards as this allows rain to get inside. The entrance hole has been drilled in an upward direction and should face the tree, facilitating access by dormice and making it more difficult for unintended occupants to enter. It does not matter which compass direction the box faces. 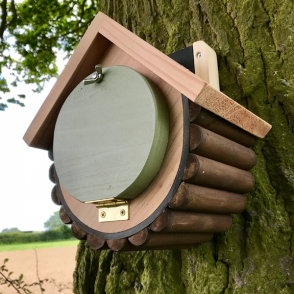 This high quality dormouse box offers a dry and insulated nesting area for dormice and other small mammals.
SKU: CSVMMH 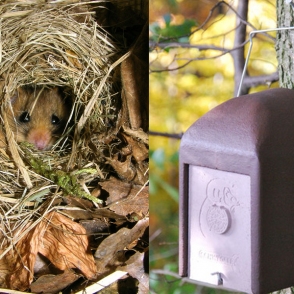 One of the main advantages of the KS Dormouse box is that the entrance is at the rear, facing the tree trunk, making it more difficult for birds to occupy it
SKU: 461/1 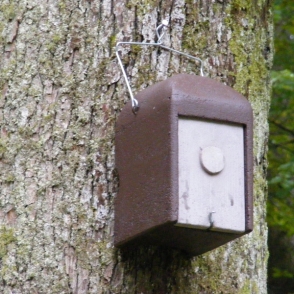 One of the main advantages of the KS Dormouse box is that the entrance is at the rear, facing the tree trunk, making it more difficult for birds to occupy it
SKU: 460/4